Has it really been 6 months since I’ve blogged? I know, I’m the worst.

Prior to my December graduation, life gave me quite a plot twist. During the month of October I started feeling more exhausted then I ever had in my entire life. I’m usually a one cup of coffee a day gal- but by the middle of the month I was chugging down three cups and STILL falling asleep sitting up while trying to do homework after dinner each night. Logan and I even went to see my favorite band in concert just before Halloween and I was yawning the entire time.

The morning of October 27th I woke up for work and couldn’t keep anything down. I chalked it up to a big cheat night we had the night before and figured my body was in freak out mode because cheat days on Keto usually have uncomfortable consequences. After returning home I completely crashed the entire afternoon. When I woke up I walked into the kitchen, caught a glimpse of the calendar, did a double take and immediately realized something was missing from October. Immediately began doing calculations, head spinning, stars aligned, and then…

I’m pregnant. How could that be? The lady who swore she wasn’t having kids for several more years, if ever?! Life had other plans for us- obviously. After the shock (and the nausea) wore off, the excitement kicked in. The fact that we created a tiny little being was such an amazing feeling. I was about 5 weeks pregnant when the tests came back positive. Our first ultrasound wasn’t for another month so we held off on telling many people, mainly because we wanted to hear the heartbeat first and make sure baby was healthy.

So, now this where the story gets better. November 29th we went in for our first ultrasound. As soon as the ultrasound came up on the big screen- our jaws dropped.

TWINS…UM WHAT?! Two strong heartbeats, two strong placenta’s, and two very little beings that are going to change our lives forever! I was 9w4d at this point. As overwhelming as it was at first for us two only children who have no idea how to even change a diaper (seriously), we are over the moon with joy. Our little family of two (plus Walter) is becoming a family of four! We find out on the 24th, if the little ones cooperate, what the sex’s are. Any guesses? 🙂

A Midwestern 20-something twin mama navigating through life. View all posts by Emily Sankuer

9 thoughts on “An Exciting Update- Miss Me Much?” 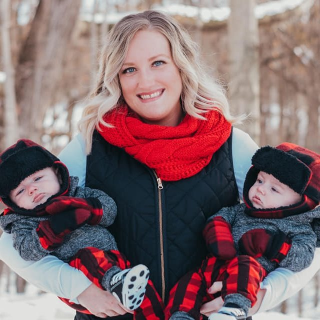 A Midwestern 20-something twin mama navigating through life.

Take A Look Around

Stay Up To Date! 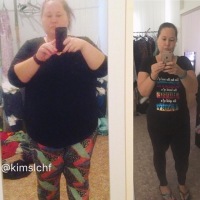 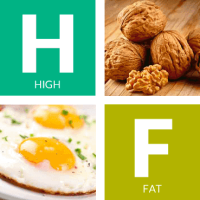 Just creating the best version of me 1 gram of fat at a time!